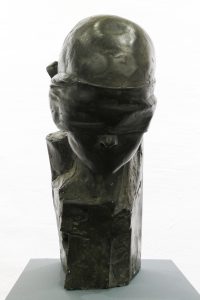 ‘The Pity Of War’ maquette by Peter Walker sculptor

The concept behind the monument:

‘The Pity of War’ concept has developed since the creation of an artwork made to give recognition and invoke contemplation over the many lives lost due to war.  The art work shows a very poignant and moving iconic image representing the civilian victims of war.  The monument design and creation is by sculptor Peter Walker. The artist has chosen to portray the pity of war through the removal and abstraction of features, representing symbolically through the simplistic portrait of a young child, eyes bound and mouth silenced.  The sculpture will stand as recognition of unspoken stories and unseen memories that are often unacknowledged and underrepresented.

The monument will be cast in Bronze and will be approximately 10-12ft high. 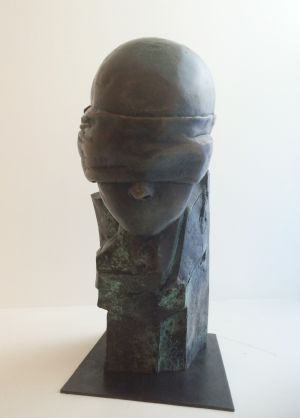 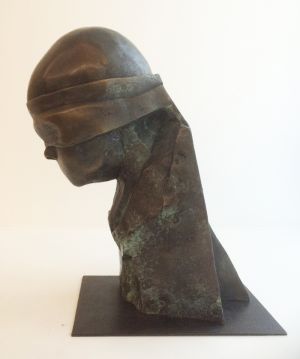 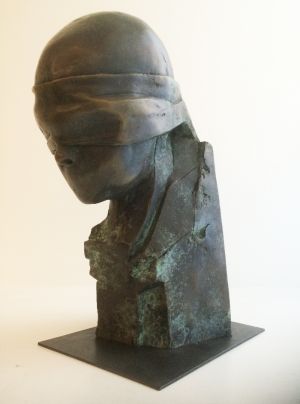 Peter Walker is an internationally renowned sculptor and artist. Peter is a Fellow of the Royal Society of Arts and member of the Royal British Society of Sculptors.  Producing sculptures, paintings, drawings, installation pieces, as well as Son-et-Lumiere, his extensive creative ability has led him to produce over fifteen public statues located around the UK and have works in private and public collections worldwide.

Peter has founded Lichfield City’s very first Sculpture Trail as part of the ‘City of Sculpture project’ TM and is Artistic Director for Lichfield Cathedral.

The ‘Pity of War’ monument has strong meaning for Peter, due to remembering his Grandfather who survived World War two.  After being conscripted to the battle of Arnhem he suffered trauma and never spoke of the things he saw, friends he lost and tragedies he responded to and dealt with whilst raising a family and continuing to work, trying to live a normal life on his return.  The sculpture is therefore a dedication to all those who survived war and continued to live despite such difficulties, for Peter all these people are heroes, young and old and from any country.